TS Leander participated in two Parades this Anzac Day: a morning service on the Devonport Navy base at 08:00, and the Devonport Anzac Day Parade at 10:00.

TS Leander was joined by cadets from TS Achilles for the annual parade inside HMNZS Philomel. The parade was run by the RNZNVR unit; HMNZS  Ngapona. The RNZN Pipes and Drums Band, and the new basic trainees from the Navy also participated in the service. 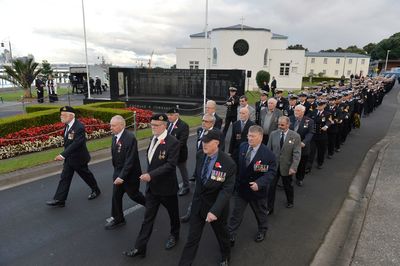 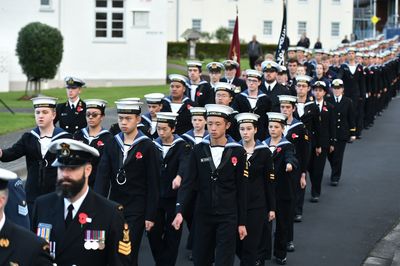 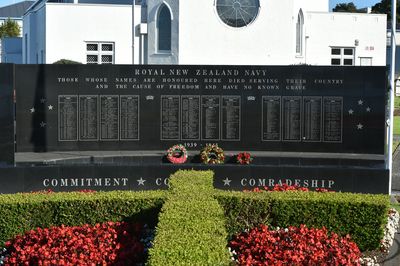 The Devonport Anzac Day parade is the main Anzac Day commitment for T.S. Leander. Each year T.S. Leander assigns cadets to do various activities for the Devonport Anzac Parade. Five cadets were detailed to guard the Cenotaph. Two cadets lowered, then raised the Australian and New Zealand National Flags. A further two cadets laid a wreath on behalf of the T.S. Leander Ships Company. The rest of the cadets marched down Victoria Street in the parade, behind the Royal New Zealand Navy.

The Cenotaph Guard comprised of four members: POCdt Porter, LCdt Gair-Ah Siu, ACdt Kuluka, and OCdt Li; and a Guard Commander: WOCdt Porter. The guard carried out their duties to a great standard, and several members from the RNZN, RSA and the public commented on their remarkable actions during the service.

OCdt Butler and OCdt Kim were selected to lower the Australian and New Zealand National Flags to half mast during the Last Post. The flags were fully raised during the Reveille. In addition to this; OCdt Holmes and OCdt Stevenson laid a wreath in remembrance to the fallen soldiers on behalf of the Ships Company of T.S. Leander. 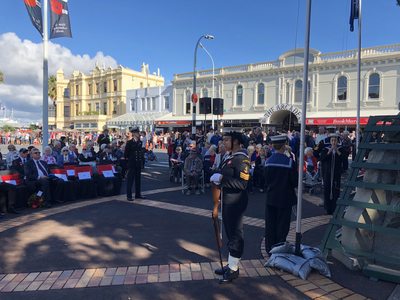 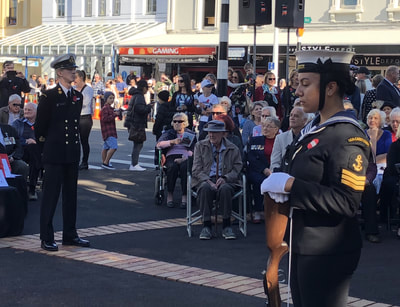 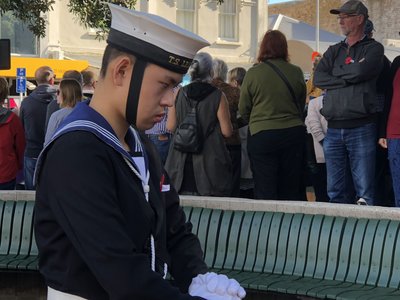 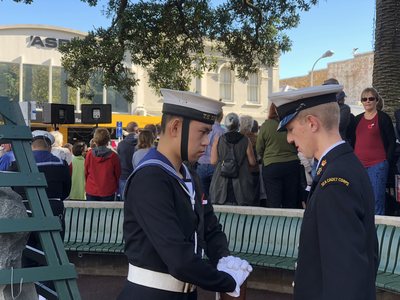 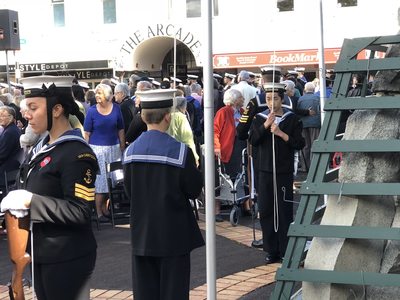 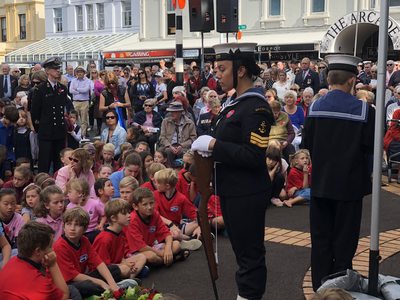 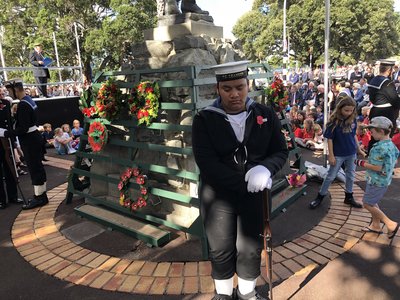 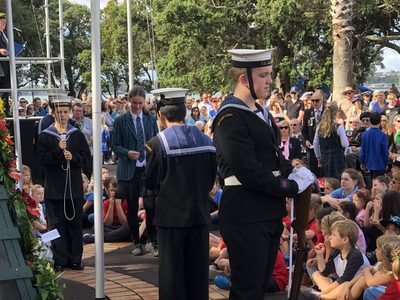 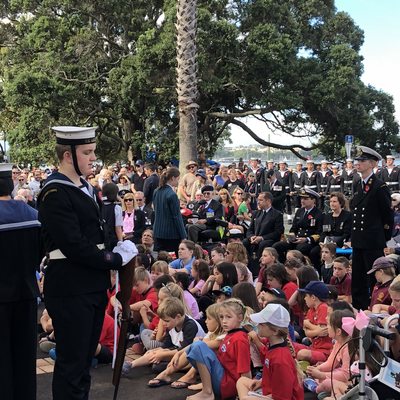 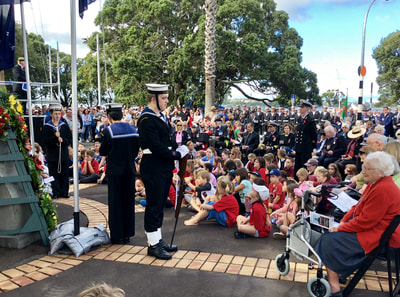 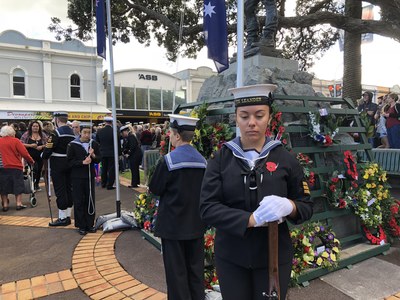 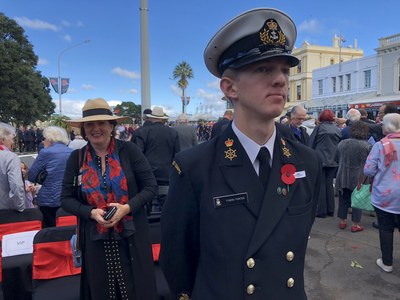 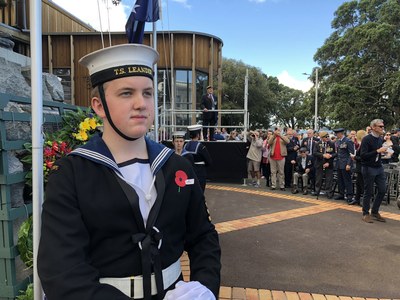 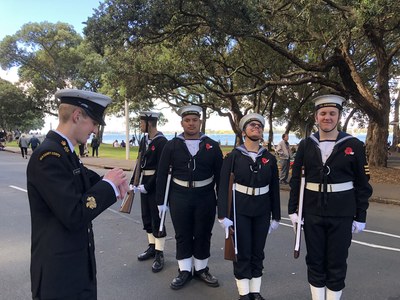 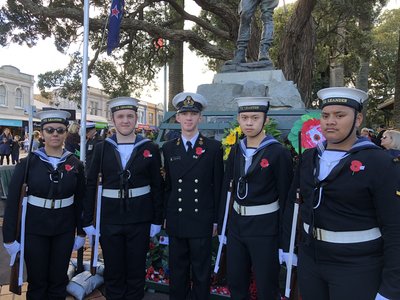 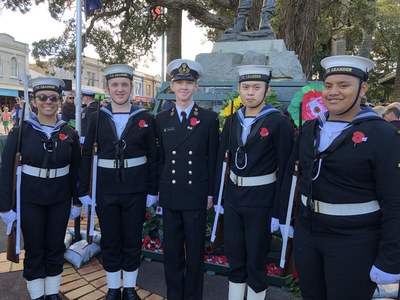 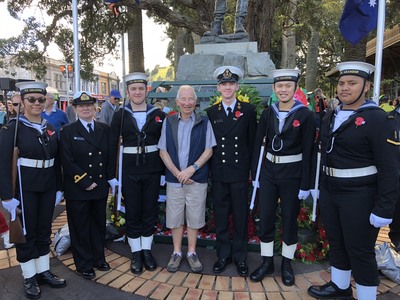 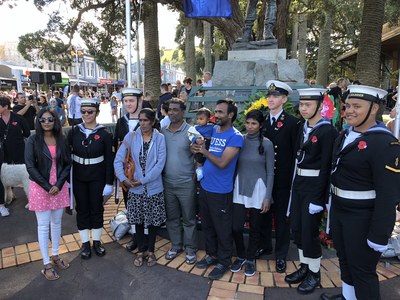